Ignition Interlock Devices May Be Key to Preventing Impaired Driving

Requiring all drunk driving offenders to install alcohol ignition interlock devices (IID) can reduce the number of impaired drivers in fatal crashes by 16 percent, according to a new study conducted by the Insurance Institute for Highway Safety.

Additionally, if every state adopted IID laws, more than 500 more lives could be saved each year. Today, 31 states and the District of Columbia mandate or highly incentivize ignition interlock devices for all offenders – 28 of those states and DC have all-offender IID laws.

In South Carolina, courts are required to order the installation and monitoring of an interlock device for any driver whose BAC level is .08% or higher when it is a second time offense. The length of time required depends upon the court, but usually a second time DUI results in a two year requirement, the third garners three years and the fourth results in an ignition interlock permanently.

For the full report, including IIHS’s research on marijuana impaired driving, click here.

For more seasonal traffic safety information, sign up below to receive our monthly traffic safety newsletter. Each month includes five timely articles dedicated to keeping Carolinians safe and informed on the roads.

Each day, 10 people are killed in distracted driving crashes – contributing to the 37,000 people killed in crashes on U.S. roadways during 2016, according to the National Highway Traffic Safety Administration (NHTSA).

To remind motorists to stay safe on the road during National Distracted Driving Awareness month in April and all year long, AAA Carolinas created a PSA about a member of our Carolina community who lost her son to distracted driving.

Contrary to what some drivers may think, hands-free, handheld and in-vehicle technologies are not distraction-free, even if a driver’s eyes are on the road and their hands are on the wheel. The latest AAA Foundation for Traffic Safety research found that:

Driving is a complex task that requires a driver’s full attention. AAA cautions drivers to put down their phones and don’t use hands-free, handheld or in-vehicle technologies while driving. AAA offers these tips to stay safe while on the road:

For more seasonal traffic safety information, sign up below to receive our monthly traffic safety newsletter. Each month includes five timely articles dedicated to keeping Carolinians safe and informed on the roads.

How to Go Green This Earth Day

As Earth Day approaches (April 22) we are reminded of the importance of being environmentally conscious every day. Fortunately for motorists, taking steps to go greener on the roads will also save them money in the process.

AAA offers the following tips for lessening our environmental impact when behind the wheel:

While you pledge to adjust driving habits in an effort to Go Green, AAA is doing its part as well. All used batteries returned to AAA are recycled.

Locally, AAA Carolinas collects used batteries throughout the year, including on Earth Week. AAA started this service to aid the environment and prevent potential improper installation of batteries by individuals. More than 10,000 used batteries in the Carolinas have been turned in for proper disposal during three previous Earth Weeks alone.

Battery recycle centers reuse or properly dispose of harmful components such as lead and sulfuric acid. Nationwide, more than 101 million lead-acid batteries are sold each year and many are illegally disposed of in dumps or near water sources. When left lying around the house or garage, these hazardous materials can leak into groundwater or explode in a fire.

Nationwide, AAA collects and now recycles more than 1 million batteries each year. AAA has been engaged in the program since 2001.

Be sure to use caution when handling used batteries. Some safety tips include:

Charlotte City Council members met Monday, April 2, to discuss the topic of bringing back red light cameras. The city did away with the red light camera programs 12 years ago due to the cost, but some are advocating for their return in an effort to decrease intersection crashes and improve pedestrian safety. Car crashes in Charlotte are up 30% from last year. 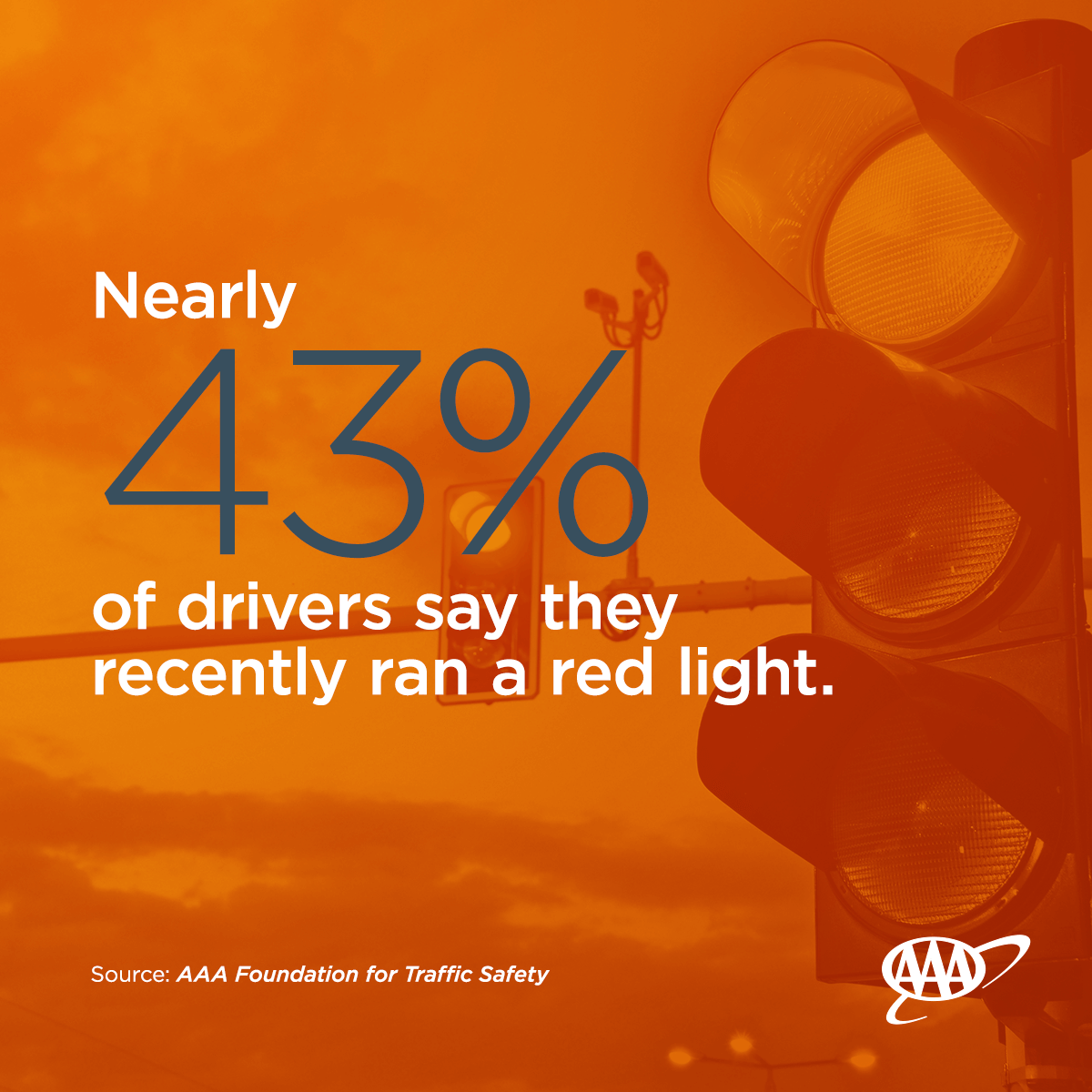 Those in favor point to the success of the red light cameras in cities such as Raleigh, Fayetteville and Wilmington.

The Insurance Institute for Highway Safety found that red light cameras in conjunction with public awareness can modify driving behavior and have been shown to reduce red light violations and intersection crashes. Nationwide each year, drivers who run red lights are responsible for an estimated 260,000 crashes resulting in approximately 200,000 injuries and 800 deaths.

Motorists who run red lights are at risk for a T-bone crash, which are the most likely to result in serious injury or fatality. IIHS’s study showed that cities who turned off their red-light cameras found a large increase in fatal crashes, due to the severity of T-bone crashes. 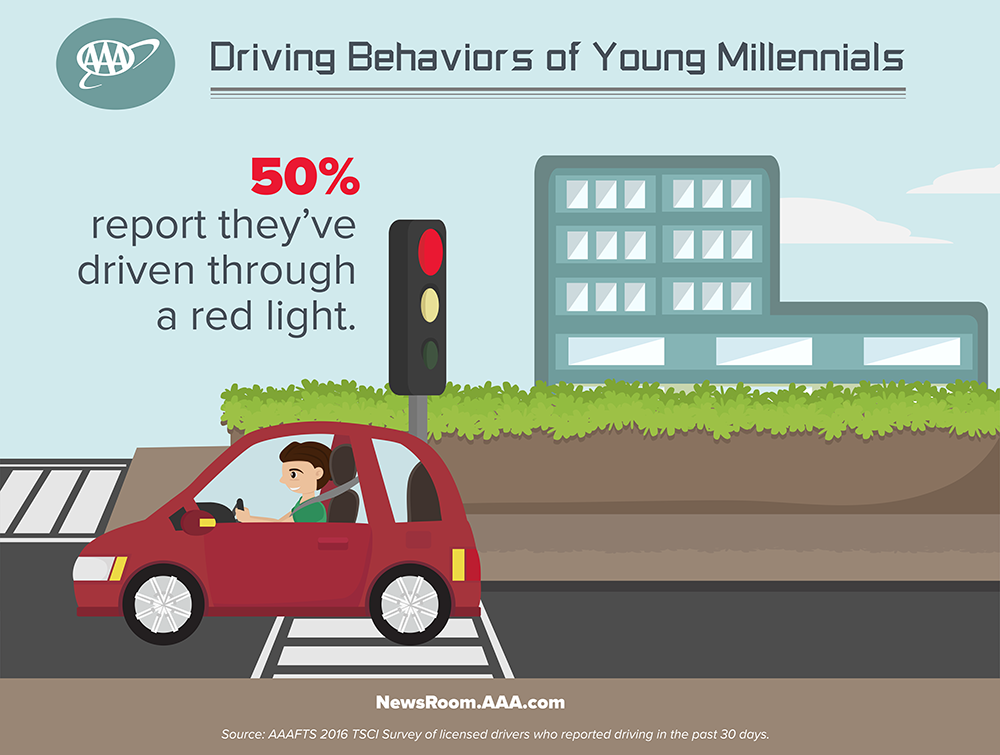 AAA Carolinas ran a poll on social media that found 69% of Carolinians do not believe red light cameras are the solution to the increase in car crashes, while 31% said they are.

Many who oppose the red light cameras state cost as the biggest issue. Charlotte estimates bringing the program back would cost the city about $1 million a year. North Carolina mandates each city give 90% of the citation proceeds to the public school system of that county. Advocates against the camera implementation say that money could be spent on other traffic safety measures, such as sidewalk improvements.

Charlotte wants to take a more holistic approach to decreasing car crashes by utlizing programs including “Vision Zero” which aims at promoting traffic safety and includes addressing the needs for improvements at intersections and sidewalks.

The general consensus from the meeting is that the majority of city council members are against red-light cameras. The initiative was not officially struck down, but it is temporarily on the back-burner to other city issues.

This month, we are highlighting AAA Approved Driving School Carolina Road Driving. Owned by Mickey Tripp, this driving school has locations in Raleigh and Greenville N.C. and has been an AAA approved driving school for three years.

Tripp has been the owner of Carolina Road for five years. He has been a driving instructor for 25 years.

To learn more about the classes offered at Carolina Road Driving School in Raleigh and Greenville, follow this link: https://carolinaroaddriving.com/.

Reopening plan focuses on the “3S: Screening, Sanitizing and Spacing” by Lisa A. Beach If you miss your Butterbeer fix at The Wizarding World of Harry...
Read more
Travel

When Gaston was a lad he ate four dozen eggs every morning to help him get large. Thankfully Gaston's Tavern at Walt Disney World...
Read more
Carolinas

By Jeff Kennon The afternoon sun was beaming, breaking through the tall pines of my campground at Hanging Rock State Park in North Carolina. I...
Read more
Insurance

How to Prevent Storm Damage to Your Car

The best time to prepare for bad weather is before it arrives. With storm season rapidly approaching, make sure you’re ready to protect your...
Read more

In an effort to provide the best experience for AAA members, AAA Carolinas and The Auto Club Group have merged and combined operations. With North...
Read more

The Real Deal on Real I.D.

Beginning October 1, 2020*, federal agencies will enforce what is known as the REAL I.D. Act. This requires a REAL I.D., U.S. passport or...
Read more

How Many Batteries Do You Rely on in Your Life? Observed every year on February 18th, National Battery Day was implemented to appreciate the convenience...
Read more

Best and Worst States to Drive In – Where Do NC and SC Rank?

The dreaded nightmare that is traffic will seemingly always be a headache that commuters have to deal with. Whether it be rush hour, vacations...
Read more